A downloadable game for Windows

I have worked on this project for three years, almost since the first time I got my hands on Unreal Engine. It’s a space flight simulator with a Newtonian model and some elements of visual novels. As it currently sits, it has 2 maps and for the sake of my sanity and for now, I am going to leave it at that. Let’s imagine this was a school project =)

All you need to know about the lore is that in 2080, human civilization is rebuilding after an intense World War 3 where the World Space Command fought the Blue Sea Alliance and won. However, Synthetics now started to attack humans.

At the moment only known bug is that the installed equipment does not carry from map 1 to map 2. Points update, so you can still install the equipment at the beginning of map 2.

The code is entirely done in Unreal Engine 4’s Blueprints and I included some marketplace assets (all audio, most particle effects and the options/keybinding system), everything else was created by myself or by following tutorials.

Hull - ships have a hull value, top left indicator, and have subsystems that may be disabled with critical hits or a hack sabotage function. Some subsystems are currently not functional.

Navigation – whatever force you make, a counter force must be made in order to stop. On screen there are the vector and the anti-vector directions to help make sense of where you’re going. Speed is the top right indicator

Weapons – There are Turrets, Linear Cannons and Missiles. Turrets and Cannons have precision sights that point where the weapon is pointed to. You’ll find that different ships have different optimal zones for firing due to their hull design.

Pickups - Player can pickup fuel and supplies (repairing expends supplies). These are found in debris fields.

Targeting System – Enemies, Friendlies and Neutrals can be targeted either through mouse or keyboard. Instantaneous Target leading is shown.

EVA – The player can leave his ship in a drone and explore the surrounding area or enter a ship that has no pilot or was hacked.

Hacking – Hack Data: Some ships have data information that can be get by using this function in the Tab menu. Sabotage: chance of a subsystem being disabled. Evict Pilot: Stops pilot control for some time, player must get to the ship and successfully enter through the airlock to take control of it while in this state.

Mission System – open world mission system. there are two missions on the first map to demonstrate this, and you can choose which one is active in the Databank. Plus there is a racing mini game, provided you can find the track.

AI - Ships are able to individually move, rotate and fire their main weapons (sometimes ships with missiles fire them).

You can make donations to paypal address xeoncat@thehologram.net 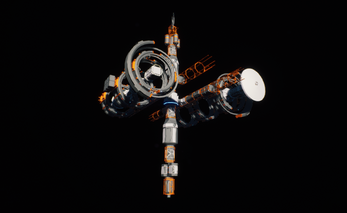 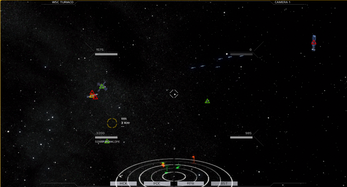 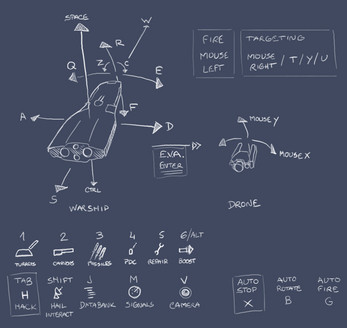